How to Make Banana Pudding From Scratch

Making pudding is like making gravy. It’s easy, but you’ll become best friends with your whisk for about a half hour. Get everything you need out and ready before starting because you’ll be busy whisking. Mise en place.

In a medium sauce pan, combine sugar, flour, optional pinch of salt, and pour 2 cups of 2% milk over it. Heat the mixture until it begins to boil gently, whisking frequently. If you don’t whisk frequently, tan pudding skin will form on the bottom of the pan . When it breaks up, you’ll have tan chunks floating through your creamy mixture. No thanks.

Keep the heat at medium because cranking it up will likely cause the mixture to scorch, so just take your time. It took a good 15 minutes of the pot appearing to do absolutely nothing for my pudding to finally begin to barely boil because I was compulsively whisking. I was staring into the proverbial pot that never boils, whisking it.

I used ripe bananas, but not over-ripe. Save those really freckled and speckled ones for banana bread. They will just disintegrate and biting into slightly firm banana slices is the goal.

I used Reduced Fat Nilla Wafers for two reasons. First, the obvious to save calories and fat when possible so you can eat more dessert. Secondly, the Reduced Fat variety are firmer, crunchier, and don’t turn to mush as easily, an advantage here.

If desired, you can top this homemade banana pudding with whipped cream as well as crushed Nilla Wafers. Make it however you grew up eating it! 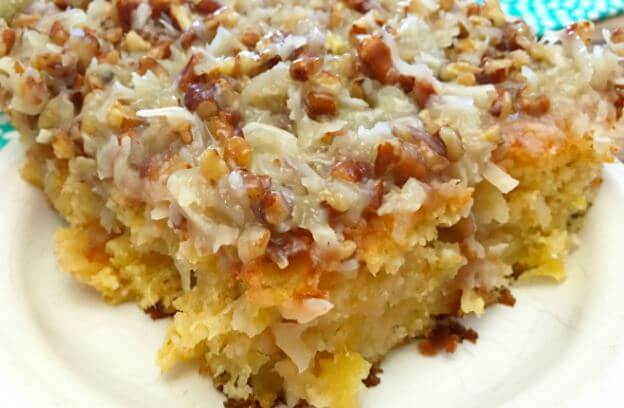 Do Nothing Tornado Cake